Dr. Sohail Masood is known as a pioneer in the Home Infusion Industry, but he is also an accomplished serial entrepreneur and philanthropist.

Dr. Masood is best know for his work with IVIG and home infusion therapy, but he has also founded a number of companies and is an advocate and supporter of many non-profits. In 2018 he fulfilled a long-held dream of opening a comic book store in Lexington MA along with his son, Omar, who has Down Syndrome.

Check out Omar’s World of Comics!

Dr. Masood lives with his wife and two children in Weston, MA. 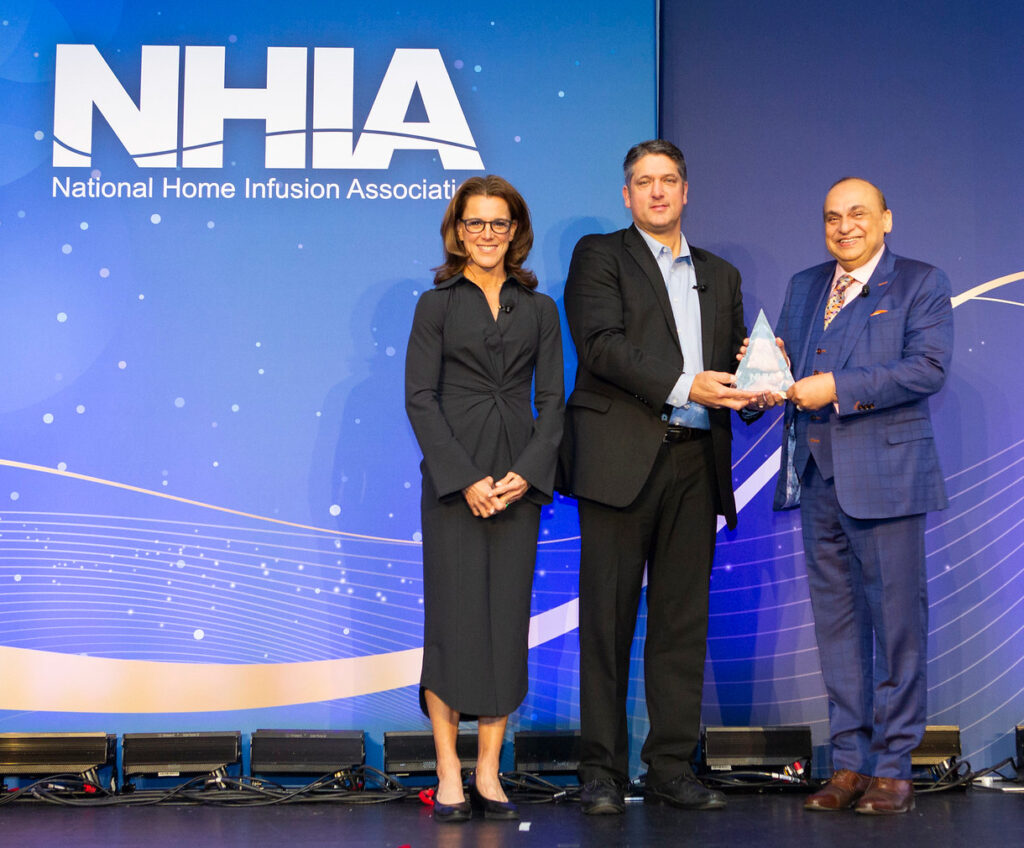 Dr. Masood was recognized as Entrepreneur of the Year in Healthcare by Ernst & Young 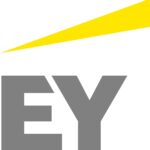 Below is a brief summary of Dr. Masood’s life path since becoming a pharmacist:

Dr. Sohail Masood, received his Doctor of Pharmacy degree from University of Southern California (USC) in 1988, and completed his pharmacy residency at Brookdale Hospital in Brooklyn, New York, in 1989.

After returning back to Los Angeles, Dr. Masood established and ran the home infusion pharmacy at the Good Samaritan Hospital in Los Angeles, CA. In 1992 Dr. Masood secured a $50,000 line of credit and rented 1,800 square feet of warehouse in Paramount, CA. He started Ultracare, a home infusion pharmacy, with his wife Mona Masood, a pharmacist by profession. While working closely with physicians and their patients and analyzing drug therapy needs throughout the state, Dr. Masood identified an opportunity to develop and grow the market for Intravenous Immunoglobulin (IVIG) for the treatment of chronically ill individuals with neuromuscular diseases. The first two patients in California receiving IVIG for their neuromuscular disorders received their treatment from Ultracare. Before Dr. Masood used IVIG for his neuromuscular patients, IVIG uses were very limited. Most of the IVIG was used in the hospital setting for Guillain Barre Syndrome. No home infusion industry existed at that time to deal with patients suffering from neuromuscular diseases that were receiving IVIG.

In the early 1990s the efficacy of IVIG in treating patients with neuromuscular disorders was unfamiliar to physicians and insurance companies. Therefore, getting approval for the treatment from insurance companies was almost impossible. Dr. Masood, with the help of renowned neurologists, started educating the insurance companies, Medicare, and Medicaid resulting in positive changes in reimbursement policies. By educating the neurologists, many new diagnoses were found to be responsive to IVIG, including MMN (Multifocal Motor Neuropathy), Stiff Person Syndrome, Small Fiber Neuropathy, and more.

In 1997, a crisis occurred in the IVIG patient population. As a result of Medicare policy changes in February 1997, Medicare patients with CIDP (Chronic Inflammatory Demyelinating Polyneuropathy) treated with IVIG in California, could no longer receive the drug. Many patients who were receiving IVIG were able to walk while receiving IVIG. If their therapy was stopped, they would have become wheelchair-bound again. Rather than not provide the drug to the patients, Dr. Masood disagreed with Medicare’s decision and took a great financial risk by continuing to supply physicians and their patients with this drug for six months without reimbursement. Dr. Masood was the only IVIG provider in 1997 who took that risk.

Lobbying efforts to Medicare were launched by Dr. Masood with the help of Senator Boxer’s office to reconsider their decision, and eventually Dr. Masood’s efforts paid off. The decision was reversed by Medicare in July of 1997, and IVIG was approved as a treatment for patients with CIDP, and all pending claims were paid off. The patients and their families were thankful to Dr. Masood for taking that bold step where the financial risk was estimated at over $2 million.

Another round of lobbying efforts by Dr. Masood in 2003 convinced Medicare in California to approve IVIG for skin disorders, namely Pemphigus and Pemphigoid diseases. Congresswoman Nancy Johnson of Connecticut was instrumental in helping Crescent to get this approval.

In 2001, Dr. Masood in keeping up with his passion for research, sponsored a landmark study of IVIG use in Stiff Person Syndrome at the National Institute of Health (NIH) in Bethesda, MD. The research was stalled because IVIG was in shortage. Although IVIG is an expensive drug, and there was a shortage, Dr. Masood donated enough IVIG to NIH to complete the study. He won over major research physicians to his side. Stiff Person Syndrome patients are still getting benefits from this treatment.

In 2003 Dr. Masood started MAAS Medical, a medical device manufacturing company. The company created a state-of-the-art infusion pump for home-based patients. The company was sold to Baxter in 2007.

Over the years, Dr. Masood has received a number of awards including winning Ernst and Young’s Entrepreneur of the Year twice, once in 1999 for Crescent Healthcare; and, again in 2017 for KabaFusion.

In 2019, Dr. Masood became a member of the Board of Trustees for Worcester Arts Museum in Worcester, MA, a highly prestigious civic organization.

Recently, Dr. Masood has initiated a new research in IVIG uses, namely in Diabetic Neuropathy (DN) through his non-profit entity, Dysimmune Diseases Foundation. The study will look at how IVIG can benefit Diabetic patients to fight off their DN which causes numbness, tingling and pain. DN is the leading cause of limb amputations in patients with Diabetes.

Dr. Masood receives the National Home Infusion Association‘s highest honor, the 2022 Gene Graves Lifetime Achievement Award in recognition of his commitment to patients, his advocacy for the home infusion industry and his tireless work bringing access to home infusion therapies to patients around the country during his 35-year career. 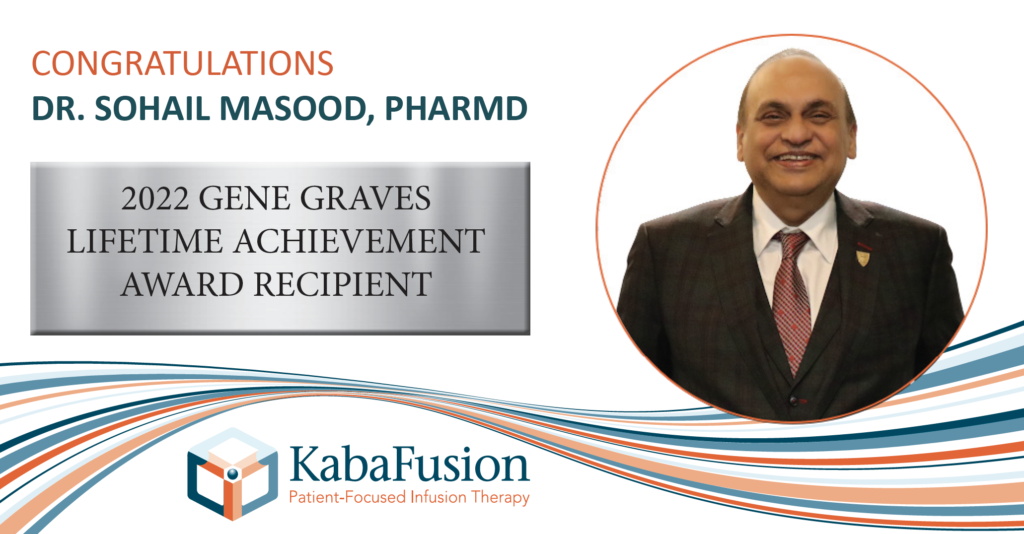 Dr. Masood receives the Distinguished Alumni Award  from his alma matter, the University of Southern California  School of Pharmacy 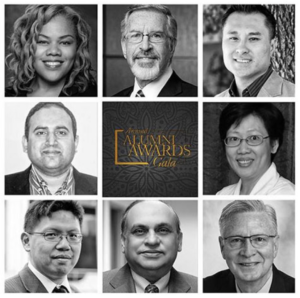 Dr. Masood became a member of the Board of Trustees for Worcester Arts Museum in Worcester, MA

Entrepreneur of the Year

Dr. Masood is honored for the second time with Ernst & Young’s prestigious Entrepreneur of the Year in Healthcare award

Dr. Masood creates the Dysimmune Diseases Foundation, a non-profit focused on research and development for the treatment of autoimmune diseases.

Entrepreneur of the Year

Dr. Masood is honored with Ernst and Young’s prestigious Entrepreneur of the Year in Healthcare award.

Dr. Masood opens the first home infusion pharmacy in the country, in the greater LA area.

Dr. Masood receives his Doctor of Pharmacy degree from USC.

Both employees and patinets have positive things to say about Dr. Masood:

Dr. Masood, I am 61 years old and I have been a nurse since I was 17 years old. I have worked for many different infusion companies during my career. I have never worked for such a wonderful company as KabaFusion. I am so impressed how you care for your employees and patients. I just wanted to say what a wonderful person you are! 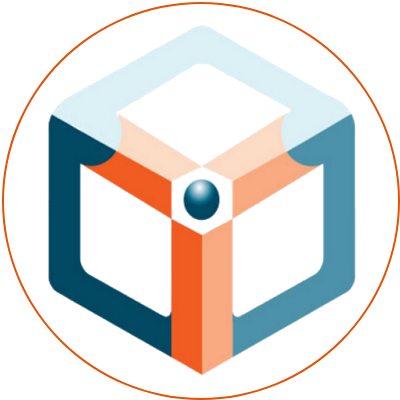 Tina - Nurse
I would like to extend my great appreciation to you and your staff, and say thank you so very much for giving me such excellent care and attention. Everyone exceeded my expectations and truely believe in your mission.

Meet our leadership team and learn about their passion and what drives them to do the work that they do.